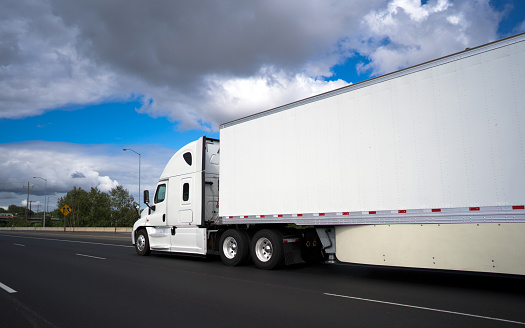 Underride crashes are often horrific and many times fatal. They occur when a driver of a smaller passenger car or SUV crashes into the trailer and gets crushed underneath. These crashes are rarely survivable. Those who are fortunate enough to survive often end up with severe and even long-term injuries.

The sheer amount of damage a large commercial truck can inflict in a crash often leaves car drivers in a state of unease when sharing the road.

One Texas trucker — who has been driving for 25 years — sympathizes with drivers of smaller passenger cars. She said she understands the dangers of being around big rigs.

"There's nothing you can do to protect a person from being around one of these trucks," she told CBS19.

Before embarking on the road, she checks to ensure that her truck is in compliance with industry safety codes each day.

"If you don't get up and do the check like you're supposed to, then you never know what's going to happen," she said.

One issue that raises concerns, however, is that her truck isn't equipped with underside guards. These devices, which cover the lower sides and back of the trailer, serve two safety purposes:

How can we make underside guards a priority?

The United States Government Accountability Office (GAO) has urged the U.S. Department of Transportation (USDOT) to study truck underride crashes and seek solutions — citing an average of 219 fatalities per year. The agency, however, says that USDOT hasn't done enough to tackle this issue.

According to a report released by GAO in April, underride truck crashes are likely underreported due to the way they are classified by the responding police officers.

The GAO urges USDOT to educate police departments on how to properly report underride crashes and establish a standard definition for this type of crash.

How beneficial are underside guards?

A video released by the Insurance Institute for Highway Safety demonstrates the life-saving benefits of implementing underside guards on big rigs. IIHS performed a crash test using a standard passenger car and a trailer, both with and without the underside guard.

You can see for yourself by watching the video:

If you were injured, or lost a loved one, in a truck crash, you need a strong legal advocate on your side. The Texas truck accident attorneys at the Law Offices of Gene S. Hagood know how to investigate underride truck crashes.

For example, the company or fleet owner may have failed to equip the truck with reflective tape or devices. The driver of the truck may have stopped abruptly, or crossed directly in the path of traffic without the right-of-way to do so. Your attorney will examine these factors and more to help you build a strong legal case.

To schedule your free case evaluation, don't hesitate to contact us online.