Home » Blog » "Deathtrap" — Texas Highway is the Most Deadly in US

"Deathtrap" — Texas Highway is the Most Deadly in US 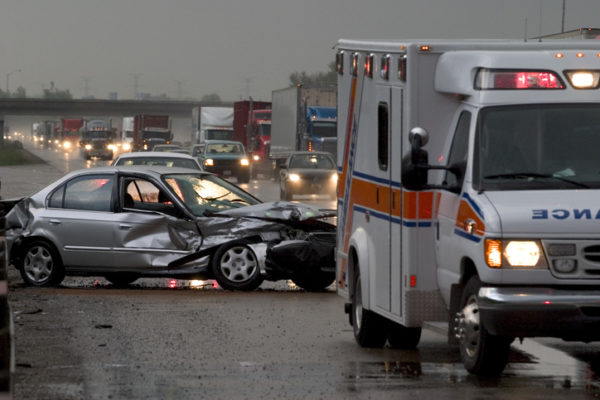 "The Loop," "Decker Drive," "The Downtown Split," and "Beltway 8" are just some of the nicknames Houston has given to its many highways. Recently, another Texas highway got a nickname — "deathtrap."

A highway connecting Dallas and Galveston that runs through Houston is the most deadly highway in the U.S., according to a new analysis. If you've lived in Texas or driven through Houston, you probably already know where this is going. U.S. Interstate 45 claims more lives per 100 miles than any other road in the nation. It was named the most lethal road in the U.S. by Budget Direct in "The Most Deadly Roads in Every Country."

In one year alone, 73 people died on the portion of the highway in Houston, according to local media reports. KHOU-11 interviewed a driver who was blunt about the situation "Right now," they say, "it's like a death trap."

The report cites traffic congestion and "driver complacency" for the high death toll and many serious car accidents.

The $7 billion plan seeks to expand I-45 in the Northside neighborhood, a prospect that has landowners concerned for their property value and losing their land through eminent domain. About 1,000 residents and businesses would be displaced by construction. Their worry reached all the way to Washington, D.C., where the Federal Highway Administration has asked the Texas Department of Transportation to halt the project. In addition to the Northside, the project would impact communities such as Acres Homes and Independence Heights.

The federal highway administration told Texas to stop work on the I-45 project in March while it investigates the impact it will have on the environment and people's civil rights. The feds recently repeated the demand amid allegations that Texas was still acquiring land for I-45 expansion.

If things go according to plans, changes to the 50-year-old highway would:

Meanwhile, people protesting the project say that while the highway may be improved, the neighborhoods that surround it will be made worse. Residents say they have concerns about having to deal with more traffic and flooding due to I-45 changes.

Across the state in 2020, there were nearly 3,900 deaths related to car, truck, motorcycle, bicycle, and pedestrian traffic accidents. That same year, more than 14,650 people were seriously injured in Texas crashes. There wasn't a single day in 2020 where a person didn't die on a Texas roadway, according to Texas Motor Vehicle Crash Facts Year 2020.

I-45 has the distinction of being the most dangerous roadway in the U.S., but it's not the only dangerous road in the Dallas-Houston-Galveston region. Other deadly roads in East Texas and Harris County include:

Texas has a high concentration of serious highway car accidents resulting in severe injury and/or death. If you or a loved one was injured in an accident due to someone else's negligence, you have the right to pursue compensation for medical bills, lost wages, and other accident-related expenses (damages).

Don't let an insurance company play games with your health and finances. Let a Texas car accident lawyer aggressively advocate for your best interests and fight for every dollar you deserve. Our law firm has the knowledge and experience to handle every aspect of your claim, from investigating your crash to filing a civil lawsuit (if necessary).

We also offer legal representation on contingency, which means it doesn't cost you anything to retain our services and our fee is a percentage of your final settlement or court judgment. If we don't obtain monetary compensation on your behalf, you pay nothing. It's that easy. See what the Law Offices of Gene S. Hagood can do for you. Contact us today for a free consultation.