Home » Blog » Do ‘Do Not Disturb’ Features Cut Down Distracted Driving Accidents?

Do ‘Do Not Disturb’ Features Cut Down Distracted Driving Accidents? 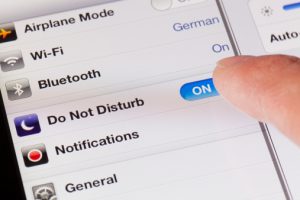 The jury is still out on whether Apple’s new “Do Not Disturb” feature for drivers to use cuts down on the number of distracted driving accidents in any meaningful way.

It has been 18 months since Apple introduced the app for iPhone users. Data about the feature and analysis of that information remains incomplete.

The U.S. National Highway Traffic Safety Administration (NHTSA) has yet to release full crash details for 2018, according to the Apple-coverage website TidBITS.

Preliminary reviews of the available data show “tentatively positive” signs but the hope continues to be that features like the app can make a difference in death, injury and property damage rates in relation to traffic crashes.

The “Do Not Disturb” feature blocks notifications on an iPhone, making it so drivers can do little with the iPhone until they park. The feature kicks into activation upon the iPhone detecting a vehicle’s motion.

iPhone users can set how the “Do Not Disturb” feature works by going into the phone’s settings. It can be set to go on automatically, triggered by a car or truck’s motion, or be set manually by a driver before they hit the road.

If two people have iPhones and often drive together, they may need to play with the settings to see what makes the most sense for the passenger.

Fatality statistics from the federal government show why phone makers saw the need for “Do Not Disturb” features. Distracted driving killed 3,166 people in 2017, according to the National Highway Traffic Safety Administration.

“Distracted driving” is anything that diverts the driver’s attention from operating a vehicle on the road. That can include phone texting and calling, eating and drinking, talking to passengers, changing a radio station, inserting a CD or fiddling with the volume on a radio

The NHTSA said texting is the most alarming distraction. Sending or reading a text diverts a driver’s eyes from the road for 5 seconds. At 55 mph, that's like driving the length of a football field with your eyes closed.

You cannot drive safely unless the task of driving has your full attention, according to the NHTSA.

TidBITS noted that cellphone distractions weren’t responsible for all of the traffic deaths or even the majority of them. Of the 2,935 distraction-affected crashes in the U.S. in 2017, crashes attributed to phone use accounted for 401 crashes and 434 deaths.

Something to consider in evaluating the effectiveness of “Do Not Disturb” features on phones while driving: Data from crashes in many cases relies on self-reporting of mistakes by drivers, and drivers are notoriously bad at admitting what they’ve done wrong.

Contact the Law Offices of Gene S. Hagood today for help with distracted-driving crashes, or with any other types of car accidents. Get a personal injury lawyer who delivers results, one client at a time.