Houston Pet Owners Could Put Motorists at Risk of Collisions 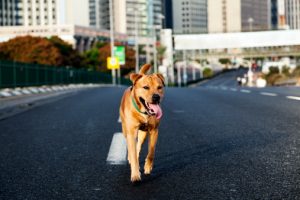 Pet owners who will be taking summer road trips and who will be bringing animal companions along need to ensure they make smart and safe choices when they bring their pet on a trip. An animal in the car is at serious risk of getting hurt if not properly restrained. An unrestrained animal can also cause the driver and passengers in the vehicle to be badly hurt if a crash happens. In addition to these risks, animals are a distraction that can make a crash more likely to occur.

Just as a cell phone taking a driver's focus from the road is a risk factor for a collision, so too is a dog or a cat the owner pays attention to instead of being focused on the road. An experienced car accident lawyer can help victims who sustain injuries because a pet owner makes a dangerous choice to focus on a pet in a vehicle instead of on the road.

Pets are a Danger in Vehicles

Daily Light reported on another survey in which 29 percent of people who travel with pets admitted they were distracted by their animals. Drivers in both cases were significantly underestimating how distracting their pets were. The reality is, 64 percent of pet parents have unsafe distracted driving habits pertaining to their pets.

As many as 84 percent of people traveling with pets said their animals are not restrained in the car. Forty-two percent of pet owners said they pet their animal as they drive, and 12 percent said they have taken a picture of their animal while they were driving. Seventeen percent feed or give water to their pets while operating a vehicle. All of these behaviors take focus off the road. Pets can also be a distraction if they bark or get scared in the car, or if they climb onto an owner's lap.

A pet owner who is distracted could hurt other motorists if he causes a multi-car accident. The driver could also be seriously endangering himself, his pet, and other passengers in the car. A 10 pound dog turns into a 300 pound projectile when a crash happens at 30 MPH and the pet is unrestrained. An 80-pound dog who is thrown through the air in a collision can emit 2,400 pounds of force if the car was traveling at 30 MPH. The dog or cat could die from the crash impact, and other passengers or the driver could be hit by the animal and badly hurt or killed.

Pet owners do not need to stop traveling with their pets over the summer, but instead should make the common sense choice to ensure their animal is properly and safely restrained in the vehicle.