Home » Blog » How much is a wrongful death lawsuit worth?

How much is a wrongful death lawsuit worth? 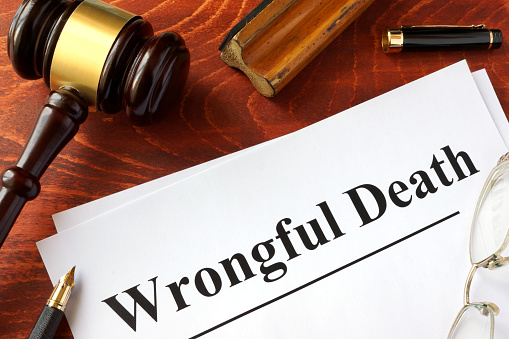 When a loved one dies unexpectedly in an accident, you're likely going to be too consumed with grief to consider the financial ramifications of the loss.

But the reality will soon set in: the mortgage payment is due, other household bills need to be paid, and groceries must be bought.

Many Texans are taking legal action to recover from the devastation caused by the recent historic winter ice storm, “Snow Storm Uri,” that knocked out power to much of the state and led to dozens of deaths. Most legal scholars say Texas law allows people to sue utility companies for their losses.

If you’re feeling any guilt about filing a wrongful death lawsuit that assigns a monetary value to the life of a person you just lost — don’t. At the Law Offices of Gene S. Hagood, we know a person is irreplaceable and no amount of justice or money can change that.

But filing a wrongful death claim — an assertion that your loved one died due to someone else’s negligence — isn’t about getting rich or trying to benefit from some sort of windfall. It’s about getting compensated for the money your loved one would have earned over their lifetime, among other losses, and making sure you don't end up in financial ruin because of someone else's negligence.

If the deceased paid half of a household’s bills, for example, a settlement would calculate the lifetime value of that contribution and consider it as a part of the total compensation award.

So, how much money can you recover from a wrongful death lawsuit?

In Texas civil court a family can pursue damages in most wrongful death situations, including those involving car accidents or truck crashes, construction accidents, and defective products.

When calculating a wrongful death award, many factors will be considered, including:

Due to the individual and unique circumstances of each case, there is no set amount of money or average compensation award for wrongful death lawsuits. There is a standard for computing the award, though.

Texas does not have a maximum cap on wrongful death compensation but does provide some boundaries for exemplary or punitive damages, which can make up a substantial portion of the total outcome.

In Texas, exemplary damages may not exceed the greater of:

In some cases, the exemplary damages cap may be waived. For instance, if your case involves an intoxicated driver, the limitations may not apply.

Get a law firm that fights for Texas families

The accident that killed your loved one wasn’t their fault, yet they paid the highest price as a result of another person's negligence.

The bad actions of someone else have already cost your family more than enough. If you are the spouse, child, grandchild, grandparent, or legal guardian of someone who died by another’s recklessness, you should not have to struggle financially on top of your grief.

The Law Offices of Gene S. Hagood has successfully represented Texas clients in wrongful death claims for more than 15 years. Our law firm has won significant awards for our clients, including a $281 million verdict for a wrongful death claim involving a trucking accident.

Attorney Gene S. Hagood fights hard and believes accident victims should have access to justice through aggressive, experienced legal representation regardless of how much money they have in the bank. That’s why our firm offers free case consultations, and we take many cases on contingency, which means you don’t pay anything unless we win.

With an office in Alvin, Texas, our firm proudly serves people in the Houston and Galveston areas and throughout Harris County. Contact us today so we can review your claim and help you weigh your legal options.