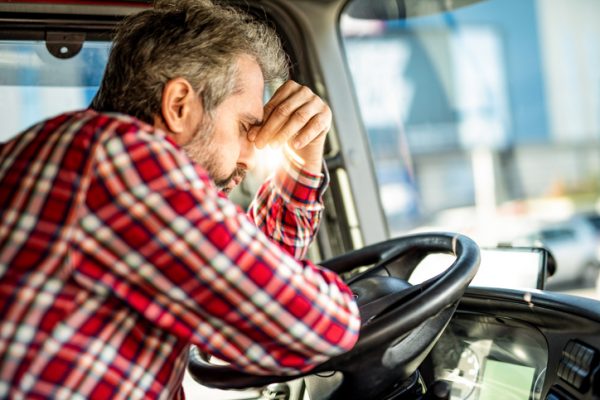 The number of motor vehicle accidents involving large trucks has been skyrocketing in the U.S. since 2009. Some have resulted in death and serious injury. When a truck driver gets into a crash while under the influence of drugs or alcohol, it’s typically the people in the other vehicle that suffer the most.

If you were in an accident with a truck driver that was under the influence of drugs or alcohol in Texas, don’t count on getting the compensation you need to fully heal without a lawyer. Even in seemingly straightforward cases, a commercial trucking company’s insurance provider will try to exploit any means to pay the victims less than what they are due.

Drunk truck drivers are 100-percent at fault for the motor vehicle collisions they create. It is up to you to fight for what you’re owed.

Nationwide, fatal large truck collisions are up 48 percent over the last dozen years, according to the Federal Motor Carrier Safety Administration (FMCSA). In 2018 alone there were 4,862 large truck-involved fatal crashes.

Accidents with drunk tractor-trailer drivers resulting in injuries are up 45 percent over the same time period.

Meanwhile, truck accidents that result in property damage increased by 14 percent from 2017 to 2018, according to the FMCSA.

The number of accidents, deaths, injuries and property damage incidents are going up. Also on the rise are incidents of truck driver impairment.

According to the FMCSA:

How do I get compensated after a crash with a drunk truck driver?

Overall, there were about 300 DUI crashes in Galveston County, Texas, in 2019, according to the Texas Department of Transportation.

If you don’t win your case now, or receive an appropriate settlement, you may not have the funds you need to cover medical bills in the future for long-term injuries. Some of these injuries may not emerge until years after the crash.

After an accident with a commercial truck, you should get in touch with a lawyer. Find one experienced in getting the maximum payout or compensation for victims of DUI and DWI commercial crashes.

Take the first step to getting your life back after a crash. Schedule a free case evaluation with a legal firm that specializes in fighting for victims of drunk driving crashes. A legal team that knows how to gather BAC results and other evidence to help victims get the compensation they deserve will likely be affiliated with the Association of Plaintiff Interstate Trucking Lawyers of America (APITLA).

In the Galveston area, the Law Offices of Gene S. Hagood have been fighting with passion for the victims of DUI commercial truck driver accidents for years. The firm’s attorneys know how to build a strong case that will make an insurance company take a lawsuit seriously. We can fight to convince them to negotiate a settlement that meets your needs.