Infrastructure Improvements Could Save Lives in Houston Truck Accidents 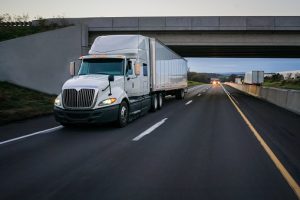 Truck accidents have been a major threat to public safety on U.S. roads for many decades. There are numerous causes of truck accidents, and this offers many potential solutions for reducing the number of accidents which occur on the roads of Texas. New research indicates that improvements to roadway infrastructure could save lives. Learn more about the types of improvements which are needed, and the legal rights of accident victims who are injured in truck crashes.

It's well-established that truck drivers and transportation companies that negligently cause truck accidents are legally obligated to compensate injury victims for their financial losses. What's less known is that state and local governments may also be liable for failing to maintain roadway safety for drivers. Houston truck accident attorneys can help you explore your legal options and identify all possible defendants in your case.

The Research on Roadway Infrastructure

Trucks.com reports that the United States has nearly the highest number of traffic fatalities among all high-income nations. Research from the AAA Foundation for Traffic Safety reveals that, while Sweden and the United Kingdom each experience fewer than three fatalities per 100,000 residents, the United States is more than three times higher, at 10.6 traffic fatalities per 100,000 residents. There are many causes for the disparity in accident rates. To investigate them further, the AAA Foundation for Traffic Safety studied the safety benefits of highway infrastructure improvements. Their findings identified six changes with the greatest potential to reduce both the likelihood and impact of traffic accidents. They include: (1) converting traditional intersections into roundabouts in order to reduce right-angle collisions; (2) improving roadsides by removing debris, installing barriers, and improving side slopes, (3) adding and improving pedestrian crossings; (4) expanding median barriers on divided highways; (5) installing rumble strips to alert drivers who leave their travel lane; and (6) widening and paving roadway shoulders to both offer safe refuge to stranded motorists and allow easier access for first responders.

While improvements to roadways can be costly, the consequence of traffic accidents are also significant. The AAA report estimated the economic impact of car accidents in the United States to be $242 billion. (which includes emergency services, medical care, court and legal costs, insurance administration, traffic congestion, lost wages, and property damage.) Cities, counties, states, and other local governments can be sued for injuries sustained in traffic accidents caused by bad roadways. Texas law (Section 71.001 of the Civil Practice and Remedies Code) protects the right of surviving family members to sue for wrongful death when an accident victim succumbs to his or her injuries.  These lawsuits are paid by taxpayer funds - which would be better spent making the roads safer for everyone. Instead, the funds are used to compensate survivors.

If you or a loved one has been injured in a truck accident, be sure to contact an experienced Houston truck accident attorney as soon as possible. If the truck driver or carrier was at-fault in the crash, you have the legal right to be compensated for your injuries and losses. The same goes for crashes where poor road maintenance was a causal factor in the crash. It is important to hold negligent truck drivers, transportation companies and government agencies accountable for mistakes and be motivated to correct dangerous practices.