Houston Truck Accident Injuries Could Be Reduced With Underride Guards 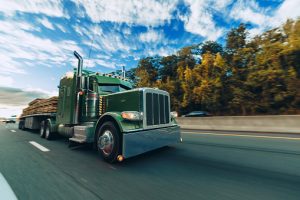 Truck accidents in Houston and around the country are on the rise. New crash tests show one thing that seems to make a difference regarding the outcome involving side underride guards.

The Insurance Institute for Highway Safety (IIHS) conducted a study testing whether side underride guards are an effective means of reducing the chances of serious injury and death in side underride incidents. These kinds of crashes, where the smaller passenger vehicle slides underneath the side of the truck in between the front and back wheels, have steadily accounted for 1 in 5 large truck crash fatalities over the last 20 years. There is no federal law that requires truck companies to use side underride guards — at least not yet — but road safety advocates are pushing for a change. The results of this study could make a difference.

Two passenger vehicles were set up to crash into the side of a stationary semi-truck at 35 mph. In the test where the truck was equipped with an AngelWing side guard, the passenger car was deflected from going underneath the truck. The seat belts worked and the air bags deployed. The test dummy didn't show any major damage. Meanwhile, the crash with the truck that was not equipped with side guards proved devastating. The smaller car slid violently underneath the 53-foot trailer, sheering off the entire front portion of the roof. Researchers say it's unlikely anyone seated in the front seat would have survived such an impact.

Although some trucking companies have taken the initiative to install their own side underride guards, there is no set standard on how strong they have to be. In some cases, the underride guards that are in place fail to withstand the force of impact.

Meanwhile, 49 CFR 571.223 mandates large trucks be equipped with underride guards on the rear of their rigs. Experts say this has substantially reduced the number of fatal rear-end collisions with large trucks.

A 2012 study conducted by The University of Michigan's Transportation Research Institute noted that in a single year, nearly 13 percent of fatal truck accidents involved passenger vehicles striking the rear of a truck. The focus of the study was on how the design of rear underride guards was least effective with subcompact cars, and that this is something manufacturers must take into account.

When Passenger Car Driver is Partially to Blame

It should be noted that in rear-impact collision, there is a rebuttable presumption of negligence attributed to the driver in the rear. That same presumption does not exist for those who strike a truck from the side. However, partial fault by a driver does not necessarily eliminate their ability to collect damages from the trucking company if there is evidence the driver/company was also either directly or vicariously liable.

Texas follows a system of modified comparative fault with a 51 percent bar. That means, per Tex. Civ. Prac. & Rem. Code Ann. §§ 33.001-33.017, one who is comparatively negligent can still collect damages from another at-fault party, so long as the plaintiff's portion of fault does not exceed 50 percent.

We should also note that while Texas is a "fault state" when it comes to auto insurance, the law also requires insurers to offer PIP (personal injury protection) insurance that will cover at least some expenses for their injuries, regardless of fault.

If you are injured in a Houston truck accident, we will explore all avenues to help you secure adequate compensation.