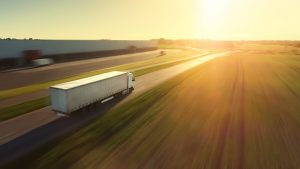 The risk of a Texas truck accident is higher than anywhere else in the United States. The Texas Department of Transportation reports that in 2017, commercial motor vehicles were involved in more than 35,600 crashes statewide, resulting in more than 600 deaths and more than 1,500 serious injuries.

Truck accidents on the rise in greater Houston

Convincing commercial drivers to cut down on these truck accidents has been a long haul. Safety regulations have been tightened and then relaxed periodically, but big rigs still lack the basic safety features that now come standard with most passenger vehicles. These include things like automatic emergency braking, stability control, forward collision warning systems, lane assist and blind spot warnings. These are some of the greatest risk factors when it comes to truck accidents in Texas.

The National Highway Traffic Safety Administration reports deaths stemming from large truck accident crashes rose 5.4 percent in 2016 from the previous year, up to 4,300, according to Consumer Reports. Approximately 107,000 crashes each year involved those that could be reduced in severity and/or incidence rate by having these types of warning and collision-avoidance systems in place. Only approximately 15 percent of these large vehicles - which can weigh upwards of 80,000 pounds - have these systems.

What can the industry do?

Although there has been push-back from the trucking industry about buying trucks already installed with these features or retrofitting them on older fleets, the reality is the average truck crash that results in a fatality has an economic impact of $3.6 million, according to the Federal Motor Carrier Safety Administration. That's pennies on the dollar for what they would invest in these new technologies - plus they'd be saving lives and livelihoods.

A Houston truck accident lawyer recognizes the devastating impact these crashes can have on an individual and their families. This is due in large part to the fact that when big rigs, tractor-trailers and other large trucks collide with smaller passenger vehicles, the size differential means the individual in the smaller vehicle is going to sustain far greater damage than if the other vehicle had been of like size. Pedestrians and bicyclists too face an extremely out-sized risk when colliding with these large vehicles (mostly in urban settings like Houston).

Some cities like Boston have begun requiring city-owned trucks to be retrofitted with side guards. For a cyclist or pedestrian, this can mean the difference between a less severe accident and a fatality.

If you or a loved one was injured in a crash, contact Law Offices of Gene S. Hagood and find out how we can help you.