Home » Blog » What can federal regulators do to make Texas roads safer?

What can federal regulators do to make Texas roads safer? 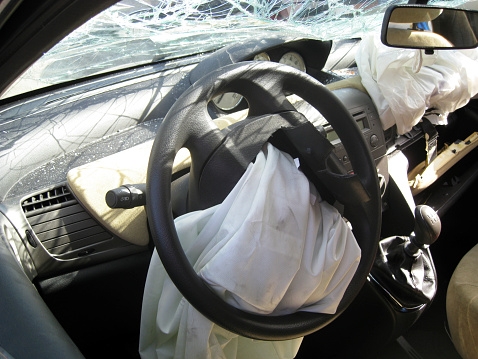 What's driving the high rate of deadly crashes across the state of Texas and the rest of the United States? In 2018, almost 4,000 people were killed in crashes on Texas roads, according to the Texas Department of Transportation. On a national scale, that number hovers around 40,000 per year.

We already know that driver error is the leading cause of fatal crashes, most notably, distracted driving. Unfortunately, the irresponsible and reckless actions of some drivers are always going to put others at risk. The Insurance Information Institute says that lives can be saved by the use of airbags, seatbelts, child safety seats, motorcycle helmets, and electronic stability control.

What more can be done to make our roads safer? Are there ways we can lessen the severity of crashes and the impact they will have on victims?

Federal regulators are lagging behind

According to Consumer Reports, the National Highway Traffic Safety Administration (NHTSA) could be doing more to mitigate the risk of fatal crashes but the federal agency has been scrutinized for lagging behind on key road safety regulations.

For example, the NHTSA reportedly launched more than 200 investigations in 1989, but only 13 in 2018, according to Consumer Reports. The NHTSA's investigative efforts became noticeably lax over the past few years, starting with the General Motors ignition switch and the Takata airbag scandals.

Furthermore, the U.S. Department of Transportation (USDOT) reportedly failed to finalize or advocate for crucial roadway safety standards over the past few years, according to David Friedman, vice president for advocacy at Consumer Reports and former NHTSA deputy administrator.

“It can be hard for NHTSA to get things done under the best of circumstances, so it has been really disappointing to see DOT leaders apparently shelve some of their most important tools, like new safety standards, strong enforcement, and the bully pulpit,” said Friedman.

Regulations that could make our roads safer

According to Consumer Reports, these are the five key areas federal regulators should make a priority:

Establishing and enforcing these regulations would be a step in the right direction. Sadly, until then, we'll likely see a staggering rate of fatal crashes on Texas and U.S. roads. That's why if you were hurt in a crash, or lost a loved one, you should take legal action as soon as possible.

Crashes are often devastating but the aftermath can be frustrating and confusing for those involved. Having an experienced Texas car accident attorney on your side can help lessen the strain of pursuing a claim. Let the legal team at the Law Offices of Gene S. Hagood do the work for you. We know how to take on negligent drivers, and their insurance companies, and get results.

To learn more, contact us online and schedule your free case evaluation.