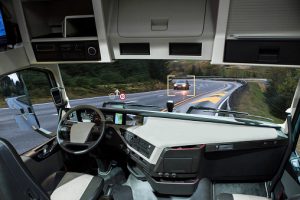 Autonomous vehicle technologies are becoming more prevalent across America. As these technologies improve and expand, complicated legal issues arise regarding the liability of accidents caused by self-driving vehicles. This can affect insurance premiums, liability laws, and overall safety on the roads of Texas. The issue becomes even more complicated by the introduction of self-driving commercial trucks.

The Changing Face of the Truck Driving Industry

As autonomous technologies become more common, the entire transportation industry will undergo dramatic changes. Liability insurance regulations will likely have to be completely restructured. For more than thirty years, federal regulations have set minimum liability insurance coverage for trucks at $750,000. This figure has not changed since 1983. It has not even been adjusted for inflation. Fair Warning estimates that that same amount of coverage, adjusted for inflation, would equate to $2.2 million in 2017. But the minimum continues to defy inflation - let alone the exponential costs of American health care. But the amount of coverage is secondary to the question of who must be covered. An accident caused by an autonomous commercial truck could result in liability to the truck manufacturer, the transportation company, the driver who must be present in the vehicle, or all of these parties. Federal transportation guidelines will have to address these issues. Liability issues also raise the question of a truck driver’s role in this changing industry.

As autonomous driving technologies become safer and more proven, the human driver’s role in transportation will be diminished. Some truck drivers embrace this fact: one forty-year veteran of the trucking industry told the MIT Technology Review that “this [autonomous] system often drives better than I do.” But the trucking industry constitutes 1.7 million truck driving jobs, and not all of these employees are likely to embrace the complete overhaul of an entire industry.

Even more problematic is the public reaction to autonomous commercial trucks. They are likely to be far more controversial than autonomous passenger vehicles, and opponents of self-driving passenger cars have expressed many safety concerns about autonomous vehicles. Such fears seemed to be validated when a self-driving Uber vehicle crashed in Tempe, Arizona on March 24, 2017.

According to Wired, the autonomous Uber vehicle was approaching an intersection when the light changed from green to yellow. In response, the automated system accelerated the vehicle. A left-turning driver then crossed the lane and collided with the self-driving Uber vehicle. The Arizona left-turn statute is clear: a vehicle turning left must yield to any oncoming vehicle. Whenever an accident in Arizona involves a left turn, the driver attempting the turn is at fault for the accident. This means that the autonomous Uber was not legally responsible for causing this accident. Of course, this legal analysis does not allay public safety concerns about self-driving vehicles. But it is important to remember that this vehicle did exactly what it was supposed to do.

Safety statistics, liability laws, insurance coverage, and other changes are likely to completely overhaul the entire trucking industry in the coming years. Until then, Texas drivers must continue to stay alert on the roads, and exercise every safe driving habit in their power.

Contact an experienced Houston truck accident attorney to ensure that all negligent parties are held responsible, and that you receive the compensation you deserve for your injuries.