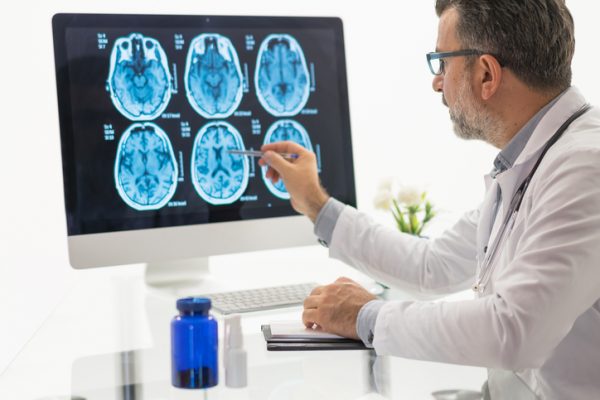 According to the Centers for Disease Control and Prevention (CDC), traumatic brain injury (TBI) is a leading cause of serious and fatal injuries. Data from 2006-2014 showed a 53 percent increase in the number of emergency department visits, hospitalizations and fatalities linked to TBIs. People who sustain TBIs often experience debilitating physical and cognitive symptoms, some of which can last a lifetime.

Car accidents are the second-leading causes of TBIs, accounting for 20 percent of them. Falls are the leading cause and account for more than half of TBIs.

The CDC data from 2014 showed that among those who died from TBIs:

Crash-related TBIs often occur due to:

According to the CDC, there are generally four types of TBI symptoms that are common with concussions and mild TBIs. These include:

Concussions are the most common TBIs sustained in car accidents, but crash victims can sustain injuries that are more severe and life-threatening. Here are some examples:

Never ignore TBI symptoms or try to "walk them off." If you notice any of these symptoms, it's critical that you get to a doctor as soon as possible. Your doctor can evaluate your TBI and determine what type of treatment may be necessary. You may need to be referred to a neurologist or neuropsychologist for a concussion. For a more severe TBI, you may need to be treated by a neurosurgeon and spend several months in rehabilitation.

The amount of time it takes to recover from a concussion depends on the severity of the injury, your age, your health condition, and the treatment you receive. It's extremely important that you follow the recommendations given by your doctor. You may need to rest for several months until you recover. That means taking time off from work and avoiding certain activities that could make your condition worse.

Your recovery will likely include:

How to recover your losses

Recovering from a crash-related TBI can be a costly and lengthy process. You could be facing mounting medical expenses while you're unable to work and collect a paycheck. Meanwhile, the other driver's insurance company is more interested in closing out your case as quickly as possible than compensating you to the fullest extent. Beware of the tricks they use, including quick lowball settlement offers. Never accept the outcome of your case without first consulting with an experienced Texas car accident attorney.

The Law Offices of Gene S. Hagood can investigate your crash and gather the facts to support your claim. We can also place an accurate value on your claim and fight to help you recover every dollar owed to you. We know how to deal directly with insurance companies and fight for fair settlements and verdicts. Our case results prove it. Our legal team successfully fought for a $281 million verdict for the family of a veteran who was killed in a truck accident in 2012.

Contact us online or call us to set up your free case evaluation. We operate on a contingency fee basis, so you don't pay unless we win your case.