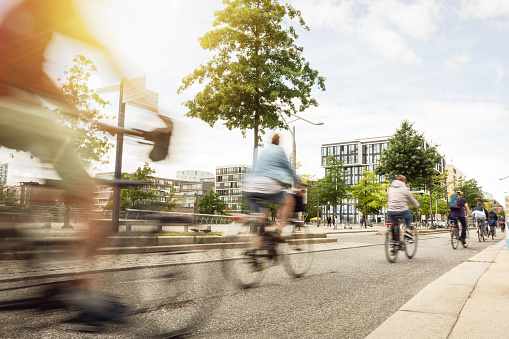 A Houston-area 16-year-old driver who was harassing cyclists and ran over six of them in Waller County has not been arrested or charged in connection with the bicycle accident, according to The Houston Chronicle.

The incident occurred on Old Highway 290 in Waller County, Texas, on a recent Saturday morning. The unidentified young male driver reportedly blew exhaust fumes on a group of cyclists and then drove ahead, trying to do the same to another group of riders, according to The Houston Chronicle. But instead of blowing smoke on the second group, the 16-year-old driver accelerated and hit six of the cyclists with his vehicle.

Four of the injured cyclists were hospitalized and had to be airlifted to a nearby hospital due to the extent of their injuries. The Waller Police Department responded to the scene but did not arrest the driver, allowing him to leave with his parents. The incident remains under investigation by police and the Waller County District Attorney’s Office. It also illustrates a growing problem in Texas with regard to bicycle accidents.

Bicycle accidents have become increasingly common in recent years across the country and in Texas, especially in the past decade. Since 2010, bicycle fatalities nationwide have increased by 37 percent, from 793 deaths in 2010 to 1,089 deaths in 2019, according to the National Safety Council.

And even though there were fewer vehicles on the road last year due to the pandemic, the number of bicycle accidents in many cities across the country was higher, according to statistics compiled by Advocacy Advance.

As for Texas, bicycle accidents have become more common as well in recent years. Between 2012 and 2018, Texas was consistently in the top three states nationwide for bicycle fatalities, according to Advocacy Advance. And between 2010 and 2019, bicycle fatalities in Texas increased by 57 percent, from 42 deaths in 2010 to 66 deaths in 2019, according to the National Highway Transportation Safety Administration (NHTSA).

Negligence is a common cause

Accidents involving cyclists caused by other vehicles often occur for the same reason as the recent bicycle accident involving six cyclists in Waller County – the driver is often behaving in a reckless or dangerous manner. This includes:

Is this how your bicycle accident happened in Texas? Or are you dealing with a different situation? Even if your crash seems straightforward, don’t simply assume you’ll have an easy time getting the money you rightfully deserve. If you were hit by a car while riding your bicycle and suffered an injury, talk to an attorney as soon as possible to get a clear understanding of your legal rights and options.

An attorney can guide you down the right path

There are many reasons why legal cases involving bicycle accidents in Texas turn out to be very complicated. Sometimes, it’s because the driver who caused your crash denies doing anything wrong. Other times, the at-fault driver’s insurance company will do everything it can to reduce or deny your claim. That’s because there’s often a lot of money at stake in cases that involve serious injury.

You deserve to be compensated for your medical expenses and replacement income if you cannot work while you’re recovering from your bicycle accident. That’s why we want to meet with you as soon as possible.

At the Law Offices of Gene S. Hagood, we have years of experience fighting for the rights of injured cyclists in the greater Houston area. We know how to investigate such accidents. We know what evidence to look for and how to turn those facts into a strong legal case. That’s why we have such a strong track record of success.

Discover what we can do for you and contact us today to schedule your free case evaluation with a Texas bicycle accident lawyer you can trust. We handle claims in Houston, Galveston, Alvin, and throughout Texas.