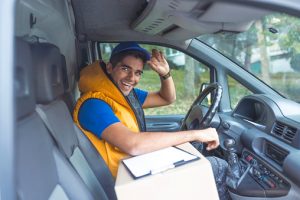 Employee turnover has been a constant problem for the trucking industry. Long hours, low pay, and poor working conditions have caused the turnover rate to stay at or near 100 percent for many years now. Transportation companies address this problem in a variety of ways. Some offer significant signing bonuses. Others offer drivers dedicated time off or guaranteed mileage rates.

Now trucking groups are taking bolder steps to implement federal legislation that would help ease the problem of driver turnover. While the proposed legislation could help transportation companies recruit new drivers, it also carries the potential to endanger the lives of all other road users.

In March 2018, two House Republicans introduced a bill to Congress which would allow CDL holders under the age of 21 to cross state lines after completing a 400-hour training program. The training program would include two separate probationary periods in which the teen would be accompanied by an experienced commercial driver. Many different transportation groups support the legislation, citing the increased pool of truck driver applicants it would provide. One of the co-sponsors of the bill also cited the job opportunities it would provide for young Americans who are “faced with the choice of either taking on thousands of dollars in college debt or entering into a job market with grim prospects for untrained workers.”

Unfortunately, neither of these arguments address the very real and important safety concerns presented by the possibility of teen drivers crossing state lines in heavy rigs loaded with cargo. Research has consistently found that younger drivers with less roadway experience are more likely to cause an accident. The Examiner cites an Insurance Institute for Highway Safety study which found that drivers between the ages of 16 and 19 were three times more likely to be involved in a fatal accident than older drivers. These are terrifying numbers when one considers the devastating damage caused by a large, heavy vehicle in a traffic collision.

It remains to be seen whether trucking age limits will be lowered under federal law. In the meantime, transportation companies still have a legal obligation to adequately train and supervise their drivers in order to prevent negligent driving. Our Houston truck accident attorneys have seen the devastating impact a truck accident can have on an injury victim’s life. It is important that victims hold both truck drivers and their employers accountable for all injuries and financial losses caused by safety violations and negligence.