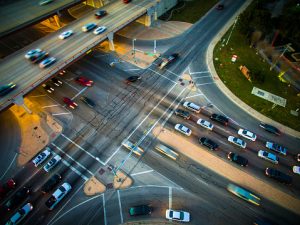 As the economy improves and gas prices remain low, more Texas roads will be filled with more vehicles – and likely more accidents. According to the US Department of Transportation (USDOT), the volume of traffic nationwide in August 2018 (latest report) increased by 1.2 percent compared to August 2017.

During the same time period, the State of Texas experienced a 4.5 percent increase in traffic volume. And more drivers on the road means an increased likelihood of fatal car accidents.

Despite dip in road deaths, 2018 not looking much better

The Verge reports that in the past few years, traffic fatalities in the US have averaged around 40,000 annually. There was a slight dip in traffic deaths in 2017, but there were still 37,133 traffic fatalities last year nationwide.

The first half of 2018 showed some signs of improvement. From January to June, there were about 17,120 traffic fatalities nationwide, which is a 3.1 percent decrease from the same period in 2017.

But while traffic deaths have decreased, fatalities involving bicyclists and pedestrians remain at a 20-year high. According to The Verge, an increase in vehicle miles traveled (VMT) in urban areas may be the culprit. Up until 2015, rural areas were deadlier than urban areas. Now, that’s starting to change.

According to the Texas Department of Transportation (TxDOT), there was a total of 3,721 traffic fatalities in 2017 across the state. This marked a 1.92 percent decrease compared to 2016. But 2017’s statistics for Texas are still alarming and include:

As the traffic volume continues to grow throughout Texas, we urge drivers to keep their eyes on the road, stay sober, and comply with posted speed limits. When drivers fail to act responsibly, they not only put countless lives at risk, they can be held liable for any injuries or financial losses sustained by crash victims.

If you were injured in an auto accident, you may be eligible for compensation for any damages, injuries, or financial losses associated with your crash. You can put your trust in a highly skilled attorney at the Law Offices of Gene S. Hagood. We proudly serve injured motorists in Houston, Galveston and throughout the State of Texas.

Contact us today and find out what we can do for you.