Where Houston Head-On Crashes Are Most Likely to Occur 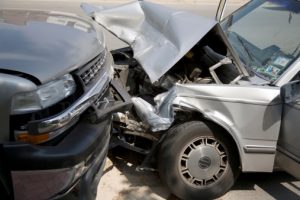 Within Houston County, a young couple with an 11-day-old baby were recently killed when a head-on collision occurred. The accident happened at approximately 5:15 PM, when the couple and their baby were on the way to visit their family. The driver of a pickup truck crossed the double yellow line on the road the couple was traveling on, striking their sedan head-on. As WKRN reports, information on the cause of the crash has not yet been released, but criminal charges are likely forthcoming against the driver of the truck.

This tragic accident was one of many fatal head-on collisions which take lives in Texas each year. In 2014, 581 people died in head-on crashes statewide according to the Texas Department of Transportation. Because head-on crashes involve two vehicles directly colliding, magnifying the force and momentum of the crash, these accidents are among the most likely to cause deaths or to cause permanent and severe impairing injuries.  Motorists who are concerned about the serious risks need to know where head-on car collisions are most likely to occur.

Where are Head-On Collisions Most Likely to Occur?

Safety Transportation indicates some safety experts believe the elevated level of head-on crashes in rural areas happens because drivers in rural locations must routinely pass on two-lane divided highways. Passing in the lane meant for opposing traffic creates inherent dangers. In reality, however, only 4.2 percent of deadly crashes on rural roads involved one driver passing at the time of the incident.

In the majority of head-on accidents (68 percent), both drivers were going straight. In another 23 percent of total head-on crashes, drivers were navigating around a road curve.  The area where head-on crashes is thus most likely to occur is a rural road with both drivers going straight.  One of the drivers may veer into the other lane because he is distracted, impaired, or falls asleep, among other reasons.

Head-on accidents are also extremely common on exit ramps and entrance ramps to highways, as well as on highways themselves. U.S. Department of Transportation Federal Highway Administration found most head-on collisions happened on the freeway after a driver came onto the road going in the wrong direction.

However, exit and entrance ramps and ramps connecting freeways to each other were also locations where drivers could accidentally proceed in a direction contrary to opposing traffic. In these high-speed environments, drivers who get onto the highway going the wrong way can often do little or nothing to prevent an accident from happening once they are on the road.

Drivers should be especially careful when on two-lane divided rural roads with a double yellow middle line, as well as on freeways, or entrances and exits to freeways, so they can try to help reduce the real risks of head-on accidents which exist in these areas.