Home » Blog » Why Highways Are So Dangerous to Houston Drivers

Why Highways Are So Dangerous to Houston Drivers 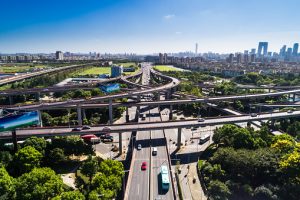 While drivers face the risk of auto accidents every time they drive, highway driving is particularly dangerous in the United States. Go By Trucking reports on the most recent 2016 statistics released by the National Transportation Safety Board. This data indicates that a staggering 95 percent of all American traffic fatalities in 2016 occurred on highways. There are many reasons why the risk of an auto accident fatality can be greater on highways than on rural roads. Aggressive driving, heavy traffic, higher speeds, construction zones, and poor roadway conditions can all contribute to highway accident rates.

Highway driving can be highly dangerous in the many construction zones around the Houston area. This is why speed limits are reduced near construction zones and fines and penalties are increased to encourage drivers to adhere to the reduced speed limit. Recently, a construction zone accident claimed the lives of Houston father and his two young children. According to the Houston Chronicle, the young family was caught in a traffic slow down near a construction zone in the Beltway. A pickup truck speeding at an estimated 90 miles per hour rear ended the family and “annihilated” their small vehicle. All three occupants of the vehicle were killed instantly. The force of this collision caused a chain reaction involving a total of seven vehicles.

The Dangers of Speeding

In addition to the dangers of construction zones, this tragic accident also illustrates how speed can drastically increase the severity of injuries which are sustained in a traffic accident. According to the National Transportation Safety Board, auto accidents involving speeding were responsible for more than 112,500 deaths on the roads of the United States between 2005 and 2014. Houston drivers have a legal obligation not only to follow posted speed limits, but also to control speed as necessary for current road conditions. Section 545.351 of the Texas Transportation Code both prohibits operators from driving a vehicle at a speed greater than is reasonable and prudent under the conditions with regard for potential hazards. The law also requires drivers to control the speed of the vehicle as necessary to avoid colliding with another person or vehicle.

Who is Legally Responsible for Your Highway Accident?

There are many different individuals, companies, or municipalities which might be found liable for causing a car accident. If a defect in a vehicle causes its driver to crash, the auto manufacturer might be legally obligated to pay for all damages caused by the accident. If a city or county fails to properly maintain its roads, it too could be found liable for accidents which are caused by potholes or other dangerous roadway conditions. The persons, companies or municipalities which are liable for your accident will depend upon the specific facts of your collision. Contact a Houston car accident attorney after any highway traffic accident in order to protect your legal rights as an injury victim.