Home » Blog » August a Deadly Month for Drivers, But You Can Take Steps to Stay Safe

August a Deadly Month for Drivers, But You Can Take Steps to Stay Safe 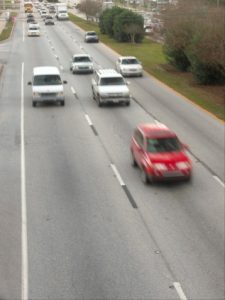 August is a busy time on the roads. The warm weather is at its peak but people begin to see an end to the long and lazy days of summer. With the clock ticking until school starts, motorists throughout the United States may start to run back-to-school errands to pick up new clothes and school supplies to be ready for September. Not only that, but motorists may want to get in their road trips and vacations before kids go back to school and fall arrives full-force.

With all of these people on the road, and with drivers increasing time spent behind the wheel, it should come as no surprise that there are a lot of traffic accidents during the month of August. What many people don't know, however, is that August is the deadliest of all of the months for auto accidents. Our Houston car accident attorneys know that August has four of the top 10 deadliest days and that the month has historically been the highest-risk for car accidents of all of the months in the year.

According to ABC 7, both the American Safety Council and AAA Mid-Atlantic have sounded the alarm about August being the deadliest month to drive. With the dubious honor of having four of the most dangerous days, August is a riskier time even than the month of July, which is the second most dangerous month.

While July has the single deadliest day of the year (the Fourth of July), only three total days in July are among the top 10 deadliest. In August, on the other hand, the 3rd, the 4th, the 6th and the 12th are all among the top 10 worst days for driver safety.

A spokesperson for AAA Mid-Atlantic suggested that it is last minute summer vacations that may be largely responsible for the elevated accident risk in August. However, there are also other factors that make the summer - including August - a time when car accidents occur more frequently.

These factors include the fact that teens are off school in the summer and may have more unsupervised drive time, as well as the fact that three big drinking days - the Fourth of July, Labor Day and Memorial Day - all occur during the summer season.

How to Protect Yourself from August Accidents

While the summer, and August in particular, are dangerous times on the roads, there are things that you can do to try to get through this time and to reduce the chances of getting injured or killed in a car wreck. Some basic safety tips to help you stay safe include:

These tips may not be 100 percent foolproof in preventing accidents, as you could always suffer injury as a result of someone else making careless driving decisions behind the wheel. Still, by exercising care, at least you can avoid being the cause of an accident yourself.