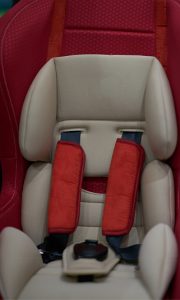 In the state of Texas in 2012, nine children under age one were killed in auto accidents over the course of the year. Another 19 kids between the ages of one and two lost their lives; while 13 three-year-olds and 11 four-year-olds were killed. Car accidents are a leading cause of death for kids, and the Texas Department of Transportation reports that in total there were 117 kids age 12 and under who were killed over the course of the year.

Car accident attorneys in Galveston know that children are susceptible to car accident injuries for many different reasons, especially infants whose bones may not be as strong as those of adults and whose bones have not fully fused together in all areas yet. Protecting kids from accidents is very important, and CBS indicates that seat belts and car accidents can go a long way towards helping kids to survive in an auto accident.

Seat Belts, Booster Seats and Car Seats Can All Help to Save Kids

To help parents out with getting their kids restrained, there are a number of programs throughout the state of Texas that parents can attend in order to make sure their car seats are properly installed and being used correctly.

However, experts indicate that simply obeying the law is not necessarily enough to keep kids safer. This is because age is not the determining factor that dictates when a child no longer needs a booster seat. Instead, the decision on when to stop using these seats should be based on the size of the child and how seat belts fit.

To ensure that children are safe, safety experts indicate that kids should stay within a booster seat until they are able to fit into a seat belt and ride for long periods of time with their feet flat on the car's floorboards; their backs against the car seat and their bottom's near the seat's bite.  If kids are not yet big enough to sit like this, then they still need to remain within a booster seat.

The Insurance Institute For Highway Safety (IIHS) indicates that for most kids, this means staying in a booster seat up to the age of 12. Keeping kids in booster seats for at least this long can have a significant impact on making them safer. In fact, for kids between ages four and eight, the chances of injury decline by 45 percent when in a booster seat as opposed to wearing a seat belt alone. While kids may not like to be in a booster seat, anything that can reduce the risk of injury or death should be insisted on by parents to protect their kids.

If you have been injured in a car accident, contact an auto accident lawyer in Galveston at Hagood & Neumann at (800) 632-9404. Offices in Houston and Galveston.