Home » Blog » Dangerous Houston Road the Site of Many Accidents

Dangerous Houston Road the Site of Many Accidents 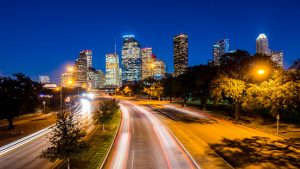 Our Houston accident lawyers know that many collisions have happened along Allen Parkway, including several high-profile crashes in recent years. If the design and maintenance of the road is a contributing factor in causing these accidents, then it is possible that those responsible for the road's design could be held liable for the losses suffered by those injured.

Houston Road the Site of Many Crashes

While there have been many accidents on Allen Parkway, several recent and high-profile crashes have contributed to drawing attention to the dangers of this area.

The most recent accident happened on a recent Thursday evening and involved a motorcycle and several pedestrians. The motorcycle rider was on the Waugh Drive Bridge, a road closely adjacent to Allen Parkway. The motorcyclist reportedly lost control of his bike and jumped a curb, crashing onto a sidewalk. The motorcycle driver and the passenger on the bike sustained critical injuries, as did two pedestrians who were standing on the bridge at the time. The accident occurred around 9:30 P.M. and an investigation is currently underway. Law enforcement at the accident scene, however, cited the driver for failure to maintain a single lane.

This motorcycle crash closely followed another accident on Allen Parkway near Waugh Drive that occurred last month. In that case, the driver of a Hummer reportedly came upon a curve at high speeds and lost control of his vehicle. The driver hit a tree and his car flipped over several times before landing upside down. The driver lost his life in the crash.

Prior to this, a 2009 accident on Allen Parkway west of Montrose Boulevard took the life of a prominent local attorney and the passenger in his vehicle. That crash happened when the driver lost control of his SUV, crossed through a median and hit a tree on the south side of the road.

With multiple accidents in the same general area on Allen Parkway, the road is being called Houston's most dangerous. It is important to determine in accident cases whether there were defects in the design or maintenance of the road itself that led to the crashes.

If the accidents happened simply because drivers traveled too fast or behaved in an unsafe way on the roads, then the drivers themselves will be to blame for the crash. However, if the roads are designed in a way that visibility is impeded; that drivers are prone to going off the roads; or that otherwise contains a defect that makes the road unsafe for drivers, then it is possible that the entity responsible for road design or maintenance could share at least partial responsible.

Road defect cases are often complicated because it becomes necessary to prove that there was a problem with the road, that the responsible government entity was aware of and able to correct the problem but failed to do so, and that negligence or a breach of legal duty by the authority in charge of the road was the direct cause of harm.