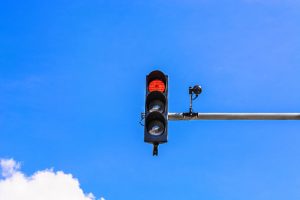 Drivers throughout Houston, Galveston, Alvin and throughout Texas need to be aware of the risk of rear-end accidents.  When the University of North Carolina conducted a study of crashes in different states, it was determined that between 27.5 and 43.2 percent of the motor vehicle collisions were rear-end accidents.

Steps should be taken to try to prevent these accidents. Unfortunately, a rear-end accident lawyer knows that there may actually be a system in place now that is increasing the chances of rear-end collisions. The potential problem causing more crashes: red light cameras.

Some drivers and safety experts, however, argue that these cameras are actually reducing road safety and are not working effectively to reduce crashes. Instead, the cameras may be violating the due process rights of drivers and may be causing more rear-end accidents.

A study published in Time took a close look at the claim that red light cameras are causing more rear-end accidents. The study found that there was a 22 percent increase in the number of injuries due to rear-end crashes where cameras were in use. The problem is that drivers end up slamming their brakes to try to avoid getting a ticket and others behind them cannot stop in time.

This is bad news since almost 30 percent of all motor vehicle crash injuries already occur in rear-end accidents. Inside Science reports that there are more than 1.8 million of these type of accidents on U.S. roadways annually.

The use of the cameras should be dropped of it is causing more rear-end accidents, unless there is a corresponding decrease in the number of injuries in other crash types. The research did find that fewer people got hurt in T-bone or side impact accidents at intersections with rear end cameras. However, there was only a 15 percent decline in injuries due to T-bone crashes.  This is not enough to offset the increase in rear-end accident injuries.

Time states that the net impact of the red light cameras is thus to cause around a five percent increase in overall injury rates.

More research needs to be done into whether this result occurs at other intersections with red light cameras, especially given the information from the Chronicle about crash rates rising when cameras were removed. The relative severity of the injuries prevented versus the additional injuries caused by cameras also needs to be considered when deciding on how to move forward with cameras.

The cameras end up providing a lot of revenue for governments that use them, which could make it difficult to get rid of the cameras. However, if further research shows that these cameras are making things worse and are causing more drivers to get hurt on roadways, something needs to change.

Accident lawyers in Houston can help after your injury. Call today at (800) 632-9404 or visit https://www.h-nlaw.com to schedule your free consultation with the Law Offices of Gene S. Hagood. Serving clients in Houston, Galveston, Alvin and throughout Texas.