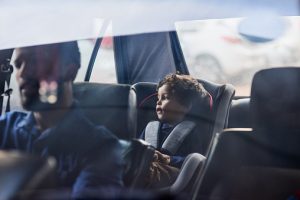 KUTV recently reported on a tragic accident in which a seven-year-old Texas boy was killed when the vehicle he was riding in rolled over. The young boy was traveling with his grandparents and with his sister to visit his father for the summer.

The grandparent's vehicle over-corrected after drifting off the road, causing the car to roll over.

The boy was thrown out of the vehicle and was walking around the crash site, even flashing down two semi-trucks. Unfortunately, the young man sustained head injuries in the crash, which caused him to have a seizure and stop breathing.

Head injuries during a collision are one of the leading causes of car accident deaths. Brain injuries can be especially devastating to young children whose brains are still developing.

When not fatal, brain injuries can also cause lasting complications for children. One recent study suggests some children suffer far worse than others from lingering impacts due to brain injury- and the difference may be in the amount of money spent on their care.

Because getting premium care can make a substantial difference in a child's outcome, it is important for parents to ensure medical bills can be paid if their kids experience a TBI. A personal injury claim can allow the parents and family to get compensation for medical bills if a third party caused an accident to occur.

Recent news reports reveal the impact of proper care on brain injuries suffered by children. In particular, research shows kids who come from poor families and kids whose families have a limited grasp of English are far less likely to receive essential rehabilitative care as compared with children from wealthier families who speak English as a first language.

When a brain injury is sustained by a child, rehabilitation after the injury is essential to limiting long-term damage and recovering loss of cognitive functions. If children cannot receive coordinated, specialized care because they don't have good health insurance and their parents cannot afford treatment, their injuries will have a far more lasting impact. This is why it is so important for parents to make a personal injury claim and get compensation for ongoing medical expenditures.