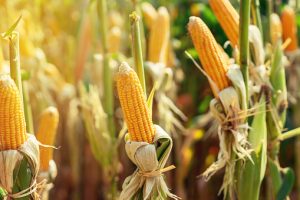 Lawsuits have been filed across the United States claiming Syngenta AG  financially harmed U.S. farmers, grain handlers and exporters.  Syngenta, an international agricultural company based in Switzerland, sells genetically modified corn seed, which was approved for cultivation in the United States and other nations, but not in China until this past December.

Syngenta's GMO seed is known as Agrisure Viptera seed or MIR 162, which was approved by the United States in 2010. In 2013, China rejected corn shipments, which created a surplus of corn on the market. Prices then dropped, which resulted in billions of dollars of losses for farmers.

Syngenta, which denies any wrongdoing, says it submitted its genetically modified seed for review by the Chinese government in 2010, but did not get approval until December 2014, according to the San Antonio Business Journal.

For many farmers, that approval came too late. The financial damage was already done. One Texas lawsuit says corn prices dropped to $3.25 a bushel in October 2014, from $7 a bushel in 2012.

The Business Journal newspaper reports that 1,308 people as of Jan. 20, 2015, have filed suit against the company since Jan. 1.  Among other things, the lawsuits allege that "Syngenta's conduct in marketing, distributing and selling unapproved corn seed violates the legal standards of the marketplace because the primary market risk falls on U.S. farmers, grain handlers and exporters, not on Syngenta."

At Hagood & Neumann, our attorneys know that a Syngenta GMO corn seed lawsuit may be the best option for you if you were financially harmed by the company's negligent actions. If you are a farmer or business that used the Syngenta GMO corn seed, you may be entitled to compensation for your losses. Any legal action against a large corporation requires the skills and experience of an aggressive lawyer with a history of successfully trying cases to verdict. Attorney Gene S. Hagood has recovered millions of dollars on behalf of clients facing a variety of legal challenges. Our firm has vast experience deep resources to take on big corporations.

Attorneys in Houston can help if you've been financially harmed by Syngenta's genetically modified corn seed. Call today at (800) 632-9404 or visit https://www.h-nlaw.com to schedule your free consultation with Hagood & Neumann. Serving clients in Houston, Galveston, Alvin and throughout Texas.