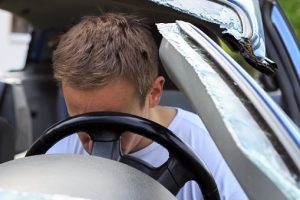 Each year, at least 1.7 million people throughout the United States suffer a traumatic brain injury (TBI). As the CDC reports, children under age 4, adolescents ages 15-19 and seniors over 65 are at the greatest risk of brain injury. Brain injuries are serious at any age, but when a young child suffers such an injury, it can affect that child's entire life.

WFAA-8 profiled one such brain injury victim, a 23-year-old North Texas man who sustained a traumatic brain injury when a drunk driver crashed head-on into his family's van when he was just seven weeks old. The traumatic brain injury caused permanent damage, and decades later the young man is still impacted by the injury he experienced as a baby.  The profile of his life shows just how much a single accident can affect individuals and families. Injured victims seeking compensation for losses caused by brain injury should consult with an auto accident lawyer in Galveston.

For victims of these accidents, the traumatic brain injury can cause:

Patients who sustain brain injuries may need ongoing and extensive therapy and rehabilitation in order to be able to recover functionality. In many cases, even with costly treatments, the victim of the brain injury is not ever fully able to recover.

The mother of the young man injured as a baby, for instance, describes the "shattered dreams" that happened when their family learned that the drunk driving accident had caused permanent damage. Holding down a job seemed a distant dream after graduating from high school because of the cognitive impairments resulting from the injury.

Fortunately, her son was able to undergo intensive job training through the Easter Seals of North Texas and now is happy to have a job working a half-day each Friday at a local Home Depot store. Despite the hard work it took to get there, he told WFAA that he looks forward to going to work all week. The store is even considering working with his family to increase his hours as customers say they enjoy interacting with him because of his positive attitude.

While this courageous young man has clearly made the most of a life impacted by brain injury, the actions of the drunk driver still forever changed the course of his and his family's life and took something away that can never be given back.

If you or a loved one has suffered traumatic brain injury, contact an accident lawyer in Galveston at Hagood & Neumann at (800) 632-9404. Offices in Houston and Galveston.