Whiplash is one of the most common motor vehicle accident injuries in the United States. Whiplash is especially likely to happen after rear-end accidents. A personal injury lawyer knows that whiplash can cause debilitating pain and impair movement. Motorists need to be aware of the risks associated with rear-end crashes and neck injuries and should take steps to try to protect their neck. 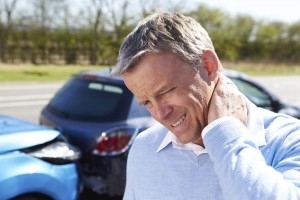 A rear-end accident happens around once every 17 seconds in the United States, as reported by Consumer Reports. When a rear-end collision occurs, it is common for your body to be thrown forward and then suddenly thrown back in a snapping motion. This motion is called whiplash.

Preventing whiplash is very important and head-restraints in vehicles aim to do this. The problem is, up until very recently, head restraints have not worked very well.

In both 2004 and 2005, the Insurance Institute for Highway Safety tested how well head restraints worked as part of its rear-end crash program designed to see how cars were safer.  Almost half of all front head restraints in cars tested over the course of that year received a "Poor" rating in terms of the protection provided by head restraints. Only 12 percent received a rating of "Good."

This 2005 rule took several years to phase in the requirements for new vehicles. This means that only cars that are 2009 model year or later will have these newer and better head restraints. For those with older vehicles who don't have this advanced safety feature (and who may be lacking other important safety features as well), considering an upgrade to a newer model vehicle may be one way to protect your neck.
Every motorist, however, has things he can do to try to protect himself even without buying a new car. One of the biggest things to realize is that proper positioning is critical to avoid whiplash and other serious rear-end accident injuries to the neck. Adjustable restraints are common and the restraints should be position so the top reaches at least up t the top of your ears. Ideally, it should actually reach over your head. The restraint also should be four inches or less to the back of the head.

By making sure your head restraints are properly positioned within your vehicle, you may be able to protect yourself from serious injury if a rear-end accident does occur.